It was just another day in B-Baum’s car driving home from a training. Growing up in Northeast Oklahoma you’d think you have seen it all until you encounter something you have never seen before…..

As I was driving by myself I noticed a small sign covered by tree limbs which said the word, “battlefield”. It was hard to read but it grabbed my attention. I pulled my car to look closer at the sign. As I got closer I indeed confirmed that it said “battlefield turn right”. So with intrigue getting the better of me, I turned right and followed the windy road of pavement, concrete, and then dirt until I saw a sign which said, Cabin Creek Civil War Preservation.

Being a history nerd, I geeked out and followed the sign. I had never seen a Civil War Battlefield before and I was exciting to see what was ahead. Soon I drove onto a tree covered path where the sun became barely visible. Then I drove over a ravine in the dirt road. As I came over the top I then saw something I had never seen before…. the Civil War Battlefield of Cabin Creek.

I parked my car and quietly stepped out. As I walked around, I noticed it was one of the quietest places I had ever been to. Something about it seemed hallowed. I noticed the markings and memorials that had been put on the field to remember those who had died so many years ago. The markers were very old, but they told a story of a hard fought battle between the Confederate and Union Armies. 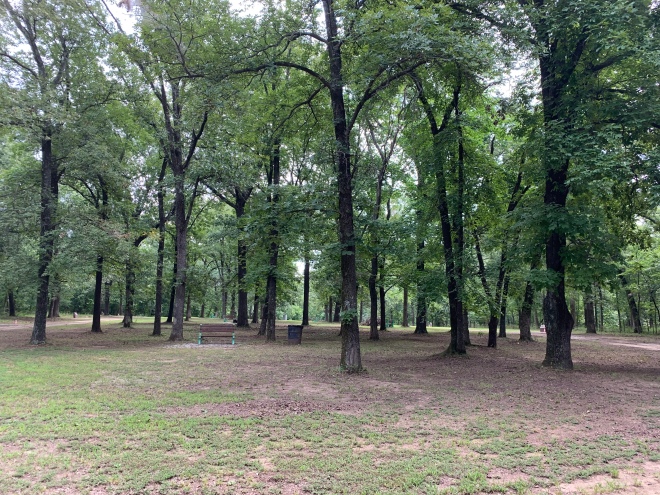 As I continued to walk around the battlefield and saw the markers of those soldiers who had died, an overwhelming feeling came over me. The Holy Spirit spoke to me through a thought, “I wonder how many of these soldiers knew who Jesus was.” Being in that setting and taking it all in, the Lord made me realize that we all are called to a battlefield. It may not be a physical one, but it is indeed a battle, a battle for souls. The Devil is fighting left and right against us, but when we realize the battlefield God has called us to, we then know where God wants us to be. For some, your battlefield might be your school, for others it might be your work. God is placing you there because He is using you in the battle for souls. He is using you to be a witness, to be a representative, to be a vessel of the Lord. 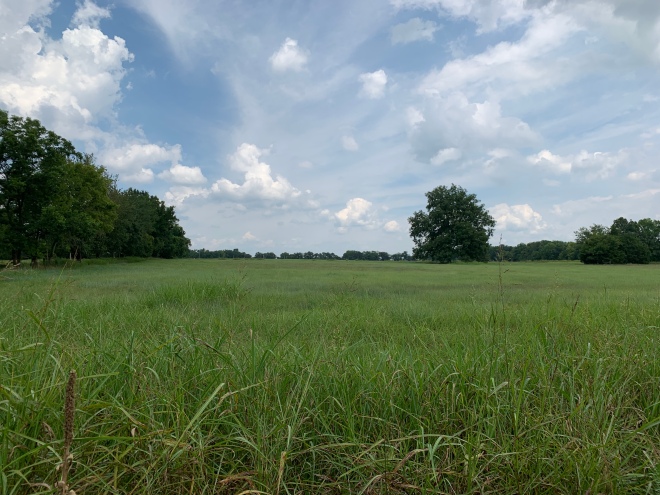 Don’t back down from the battlefield God is calling you to. How many people in your life need to know about Jesus and have yet to hear? They are on our battlefield and need to hear the Gospel. There are people you are meant to minister to and share Christ with. We must share, we must keep pressing on and pursuing the Victory God has in store! He is calling us all to be engaged in a battle. A battle for eternity. At times it may look dark and gloomy or feel like our witness does not work, but thankfully, we serve a God who fights and always wins our battles. Ask yourself these questions,

“Where is my battlefield?”

“Who is God calling me to minister to while I’m on my battlefield?”

“What is God teaching me while I’m on my battlefield?”

As I drove away from the battlefield, I left with a greater appreciation for the Civil War, but also with a reminder that we all play a part in the battle for eternity. And even though things get tough, I am assured to know that the God of Heaven and Earth is right there on the battlefield with us. As the singer Chris Tomlin put it, “I know who goes before me, I know who stands behind. The God of Angel Armies is always by my side.” Although the Civil War is over, the battle for the eternity of souls is still on. Let’s not be idle in the fight, but let’s run with endurance knowing that the God who is fighting our battles has already won the war! #TheBattlefield #CivilWar #FightMyBattles #History

“What then shall we say to these things? If God is for us, who can be against us?”