I knew she was wanting to hear what I had to say and I knew she was speaking kindly to me. I could tell by her tone she was naturally interested in me and what I was doing. But I couldn’t understand a single word she was saying. I tried to say something, but all I could do was say broken words. I felt embarrassed and somewhat ashamed. I couldn’t communicate and it was all I could do to get through our visit one on one until… 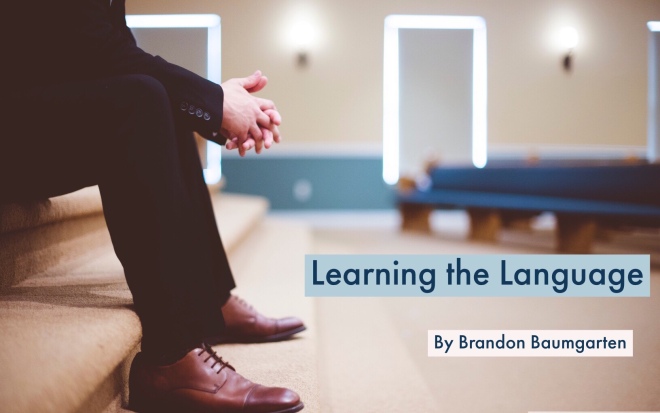 Our translator came by and began to talk to the lady. “I’m saved!” I thought to myself. I didn’t know hardly any Spanish and this was just our first day in Mexico with the youth group. We were promoting an upcoming event for the people in the area, where we could come together worship, eat, and share the gospel with them. This was my first time in Rio Bravo, Mexico and we had been door knocking to promote the event with flyers and trying our best to convey the event in Spanish. I felt limited in my reach to the people due to my language barrier. I had a message, but I didn’t know how to deliver it.

Finally, after spending more time in the culture, the language started to become more easier to understand. I started picking up words and popular phrases often said. By the end of our trip, I was able to feel more free and more comfortable in my conversations simply because I knew how to communicate more in Spanish. The reason this became possible was because we immersed ourselves in the presence of the language and communed in a culture which celebrated it.

This experience relates to so many areas in our faith in Christ:

One can conclude when the world views Christianity they often see a foreign language. Something they may not initially understand because it is different than the norm. But there are also many Christians who view God as a distant deity and as a silent being. They have acknowledged the one True God, but they have not learned His language. They feel the Voice of God talking, but because of our busy schedules, we don’t take the time to understand what He is saying. God is close and He is speaking to you right now!

In my walk with God, I’m learning a special secret in the Kingdom. If we desire to know God and to fully understand His language of love then we must do what we did in Mexico. We must immerse ourselves in the presence of God. We must commune in His culture. We must listen to His Voice. We must set special time aside to hear His Heart and to understand what He is telling us to do. As Christians, the Voice of God cannot be a foreign language to us. We have a message the world is waiting to hear and God is wanting you to follow His leading in sharing it. For if we don’t learn God’s language soon, we will find ourselves in the midst of people who are naturally interested in the message we have, but totally missing out because we failed to communicate.

If you have read to this point. I encourage you to stop what you are doing. Pause and consider these steps right now:

-Immerse yourself in God’s presence

-Commune in His Culture

-Listen to His Voice

All three steps help us to Learn His Language.

How can a flock of sheep follow the Shepherd if they don’t recognize His Voice or Hear His Instructions? The Bible says, “My Sheep Know My Voice.” Spend extra time with the Shepherd so you will know Him and know where He is leading you! #LearningTheLanguage #ChristianLiving #HelpUsLord