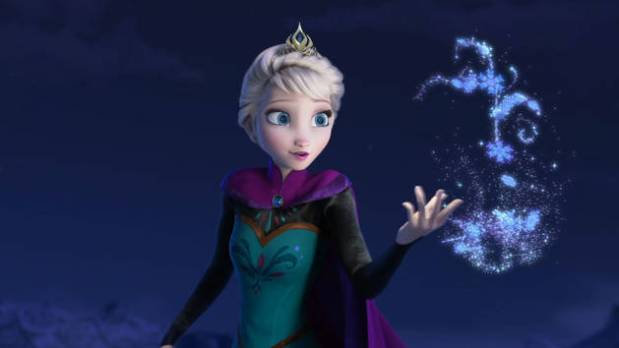 If you’re like the majority of Americans, then I’m sure you’re aware of the new movie release of Disney’s “Frozen”. I have seen this movie twice; once when my 9-year old sister begged me to take here to see it, so I opened the freezer door and showed her Frozen!  (insert laugh or yawn here) Then, I watched the real thing with my family at the movies. However, the one thing that I took away from the movie and has yet to leave my mind is the song “Let It Go.” The song about a Queen who feels alone and ostracized because of her uncontrollable abilities has exploded with popularity. However, it’s been on my heart to share with you a different side of this song that the marketing department at Disney won’t share with you. In the opening verses of the song, Queen Elsa sings that “she’s in a Kingdom of Isolation and it looks like I’m the Queen.” Almost all the places I speak at, I’ve realized a constant theme I hear from students, it’s the belief that they feel like they are alone and no one cares about them. Many people tend to think they are alone because of their imperfections, their differences, & their home life. They feel alone because no one will reach out to them and tell them that they are worth something. They truly feel “FROZEN” in this world. Many even literally live out the line of “Conceal, don’t feel, don’t let them know”, because they feel desolate. In my own life, I have found that hurt coincides with silence, many people are quiet on the outside, but inside their hearts are crying out to be part of something, to belong, and to feel empowered. But there is hope found in those who answer the call and are willing to reach out to others. Every person whether they know it or not has an Influence and with that, you have the opportunity to impact a life for the better. Did you know that just by putting a positive status on Facebook or Twitter can make a difference? I was startled to find that over 75% of public school fights are now inspired by at least 1 negative post or comment on social media. In fact, the #1 school issue in America, isn’t drugs, chewing gum, bad academics, teen drinking, or pregnancy, the top issue is BULLYING. Imagine how much different our world would be if we just stopped, and decided to sit by the unpopular kids at lunch. What would happen if we reached out and showed sincere care to the people we don’t even know? What could happen if we gave a hurting person a shoulder to cry on and whisper the words “Let it Go” to them? What if we let all our pride and arrogance go and decided to change our generation regardless of what the “cool kids think”? Everyone matters.

I have a challenge for all my friends . Let’s bring the heat to our generation. Unlike Frozen’s Queen Elsa, people don’t have to feel frozen, because they’re not alone. Be the leader who goes above the norm, by challenging the status quo, and breaking the proverbial “ICE”. Reach out to others, give a smile to a smile less person, and be a friend to the friendless. The Frozen Truth is the fact that anyone can have an IMPACT on this world, but only if we’re willing to believe in it and do it. Bottom line: Be the leader who FREEZES fear and MELTS mediocrity. Leaders: It’s time for us to Live it up & LET IT GO!

I leave this final message to anyone who may be hurting tonight:

One thought on “The “FROZEN” TRUTH”